You are here: Home1 / News and Updates2 / 2020
OPERATION: ORPHIX VENOM
Earn Lavos through this limited-time event, now on PC 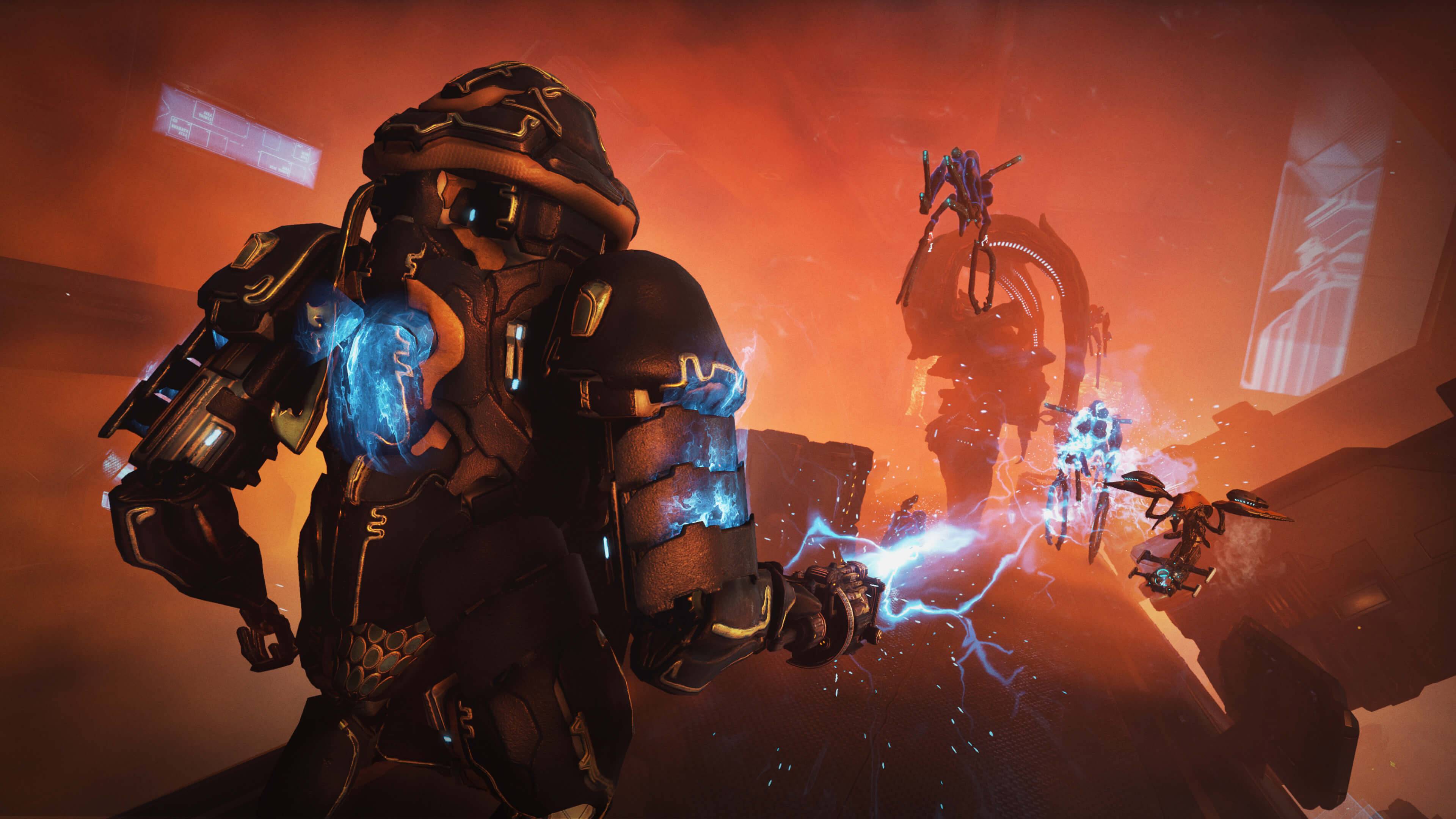 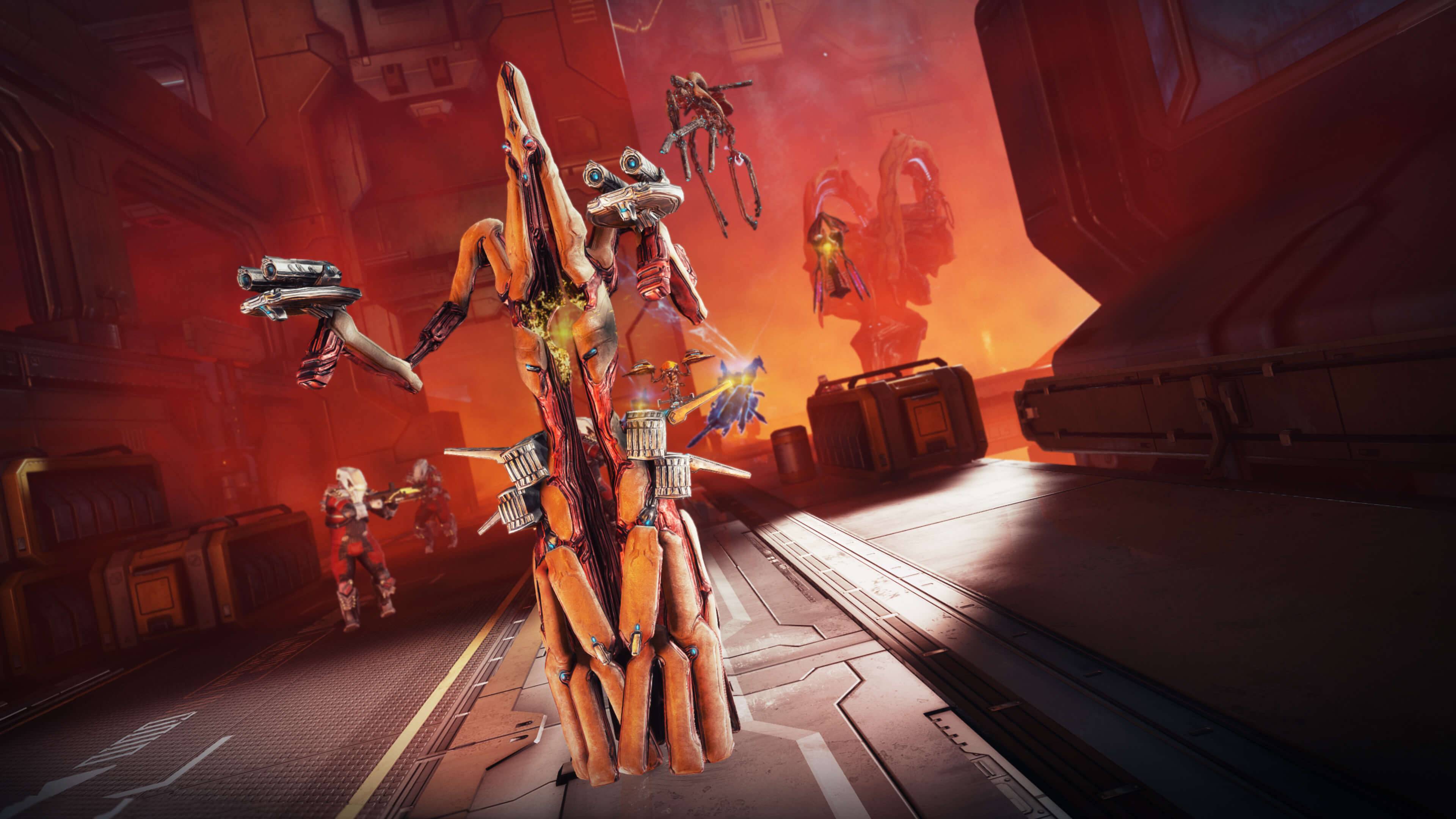 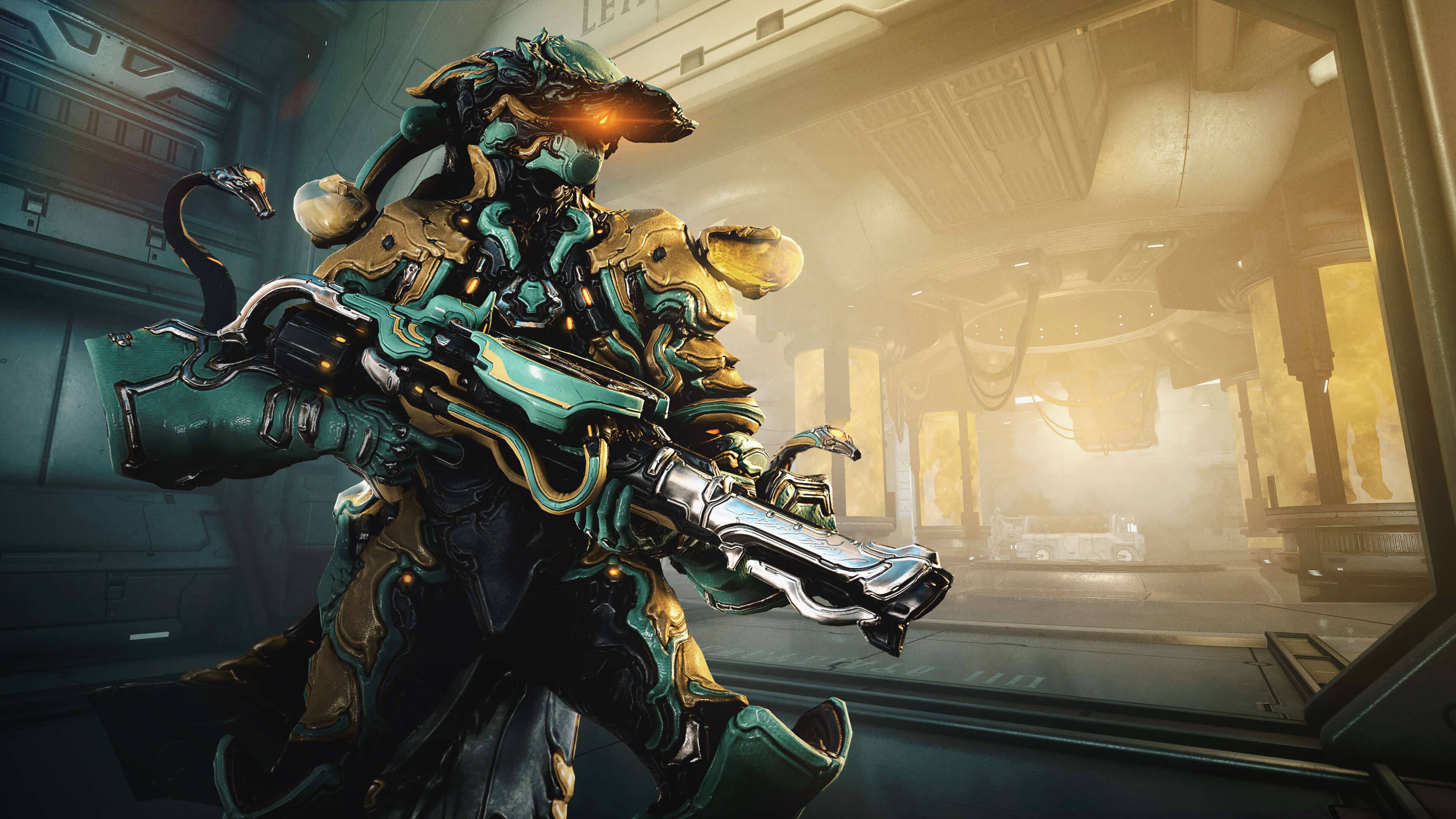 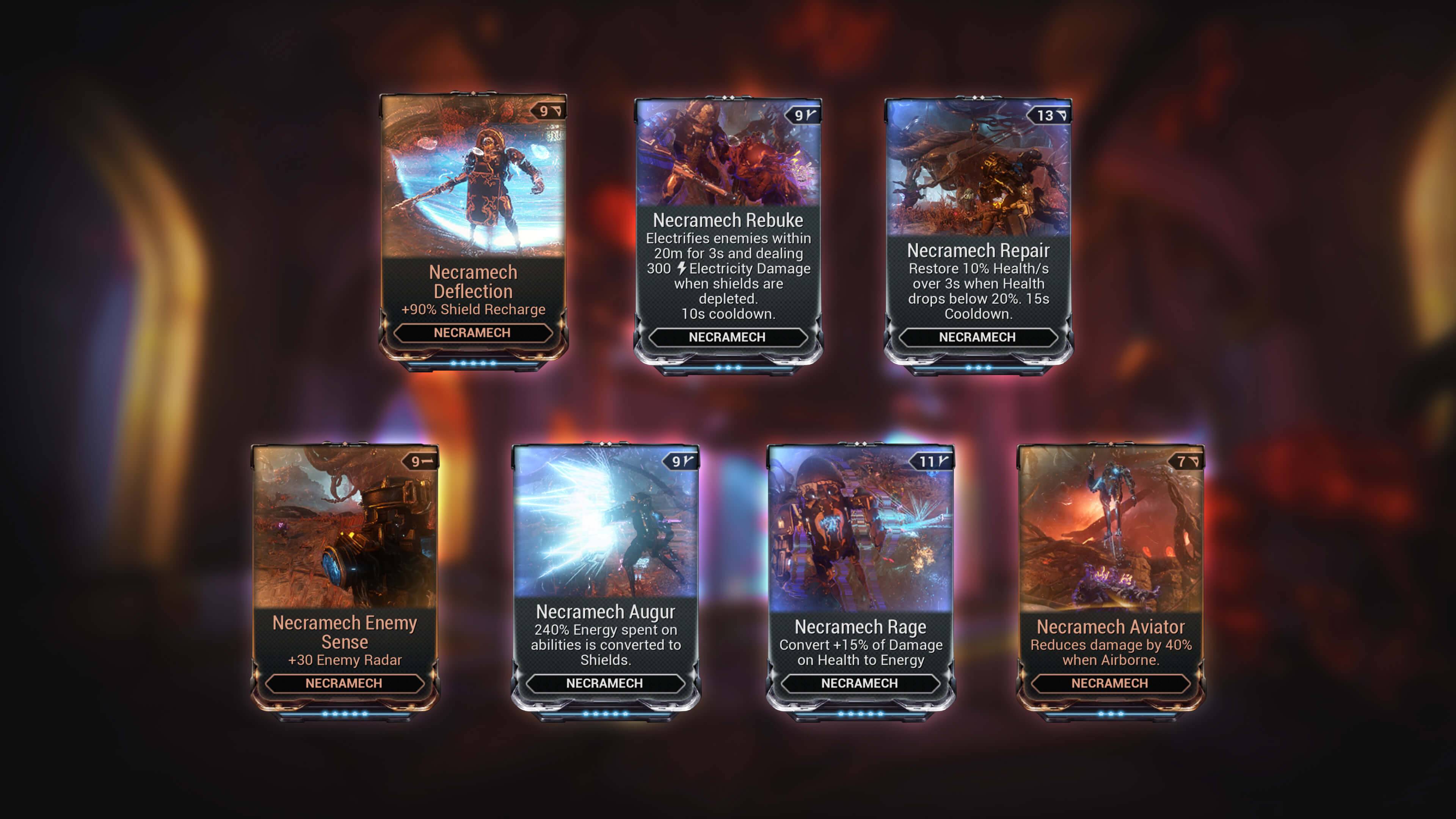 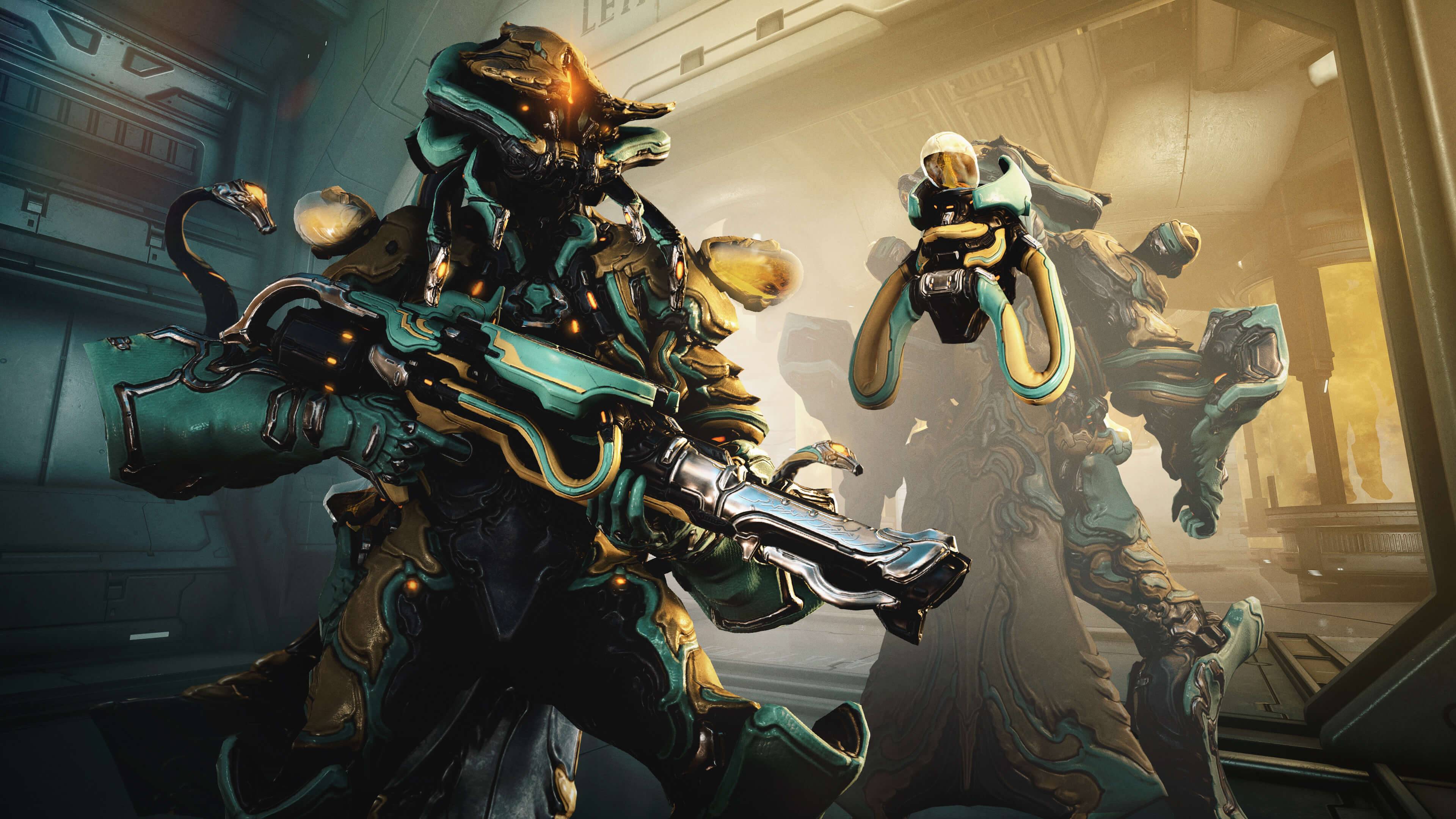 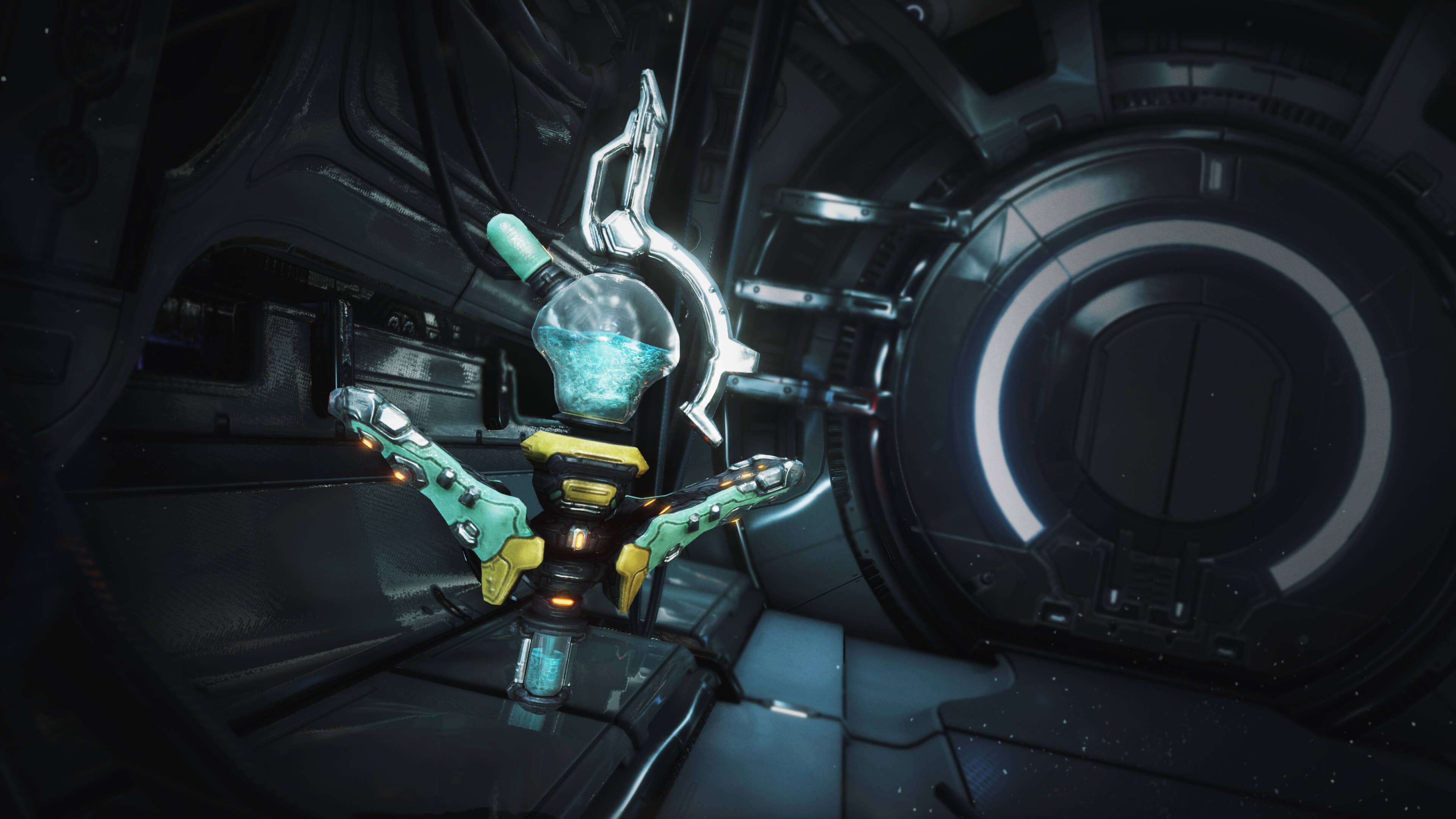 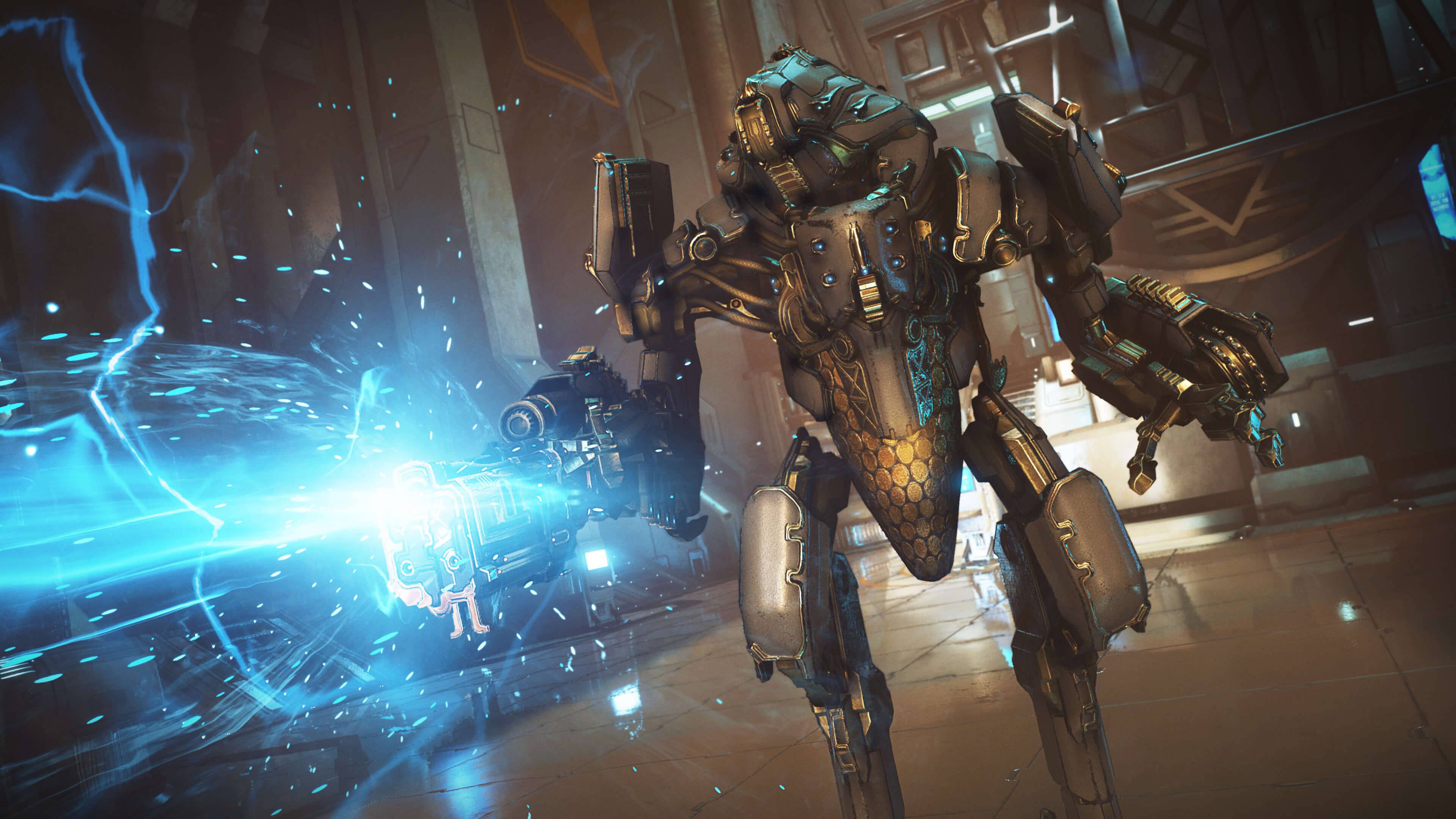 Get instant access to the speed freak Warframe, Gauss, free with Xbox Game Pass Perks! Claim your pack today and race into battle with the fully automatic Acceltra Rifle to launch rapid-fire rockets at your enemies.

Pack Includes:
– Gauss Warframe: High speed, low drag — Gauss is turbo-charged and ready for rapid engagement.
– Acceltra Rifle: Using a barrage of rapid-fire plasma rockets, Gauss’ signature weapon lays down a path of destruction. Reloads are faster while sprinting, even more so in Gauss’ hands. For safety, rockets arm after traveling a safe distance.
– Altra Syandana: Sleek and streamlined, Gauss’ signature Syandana is sure to turn heads as you speed by! 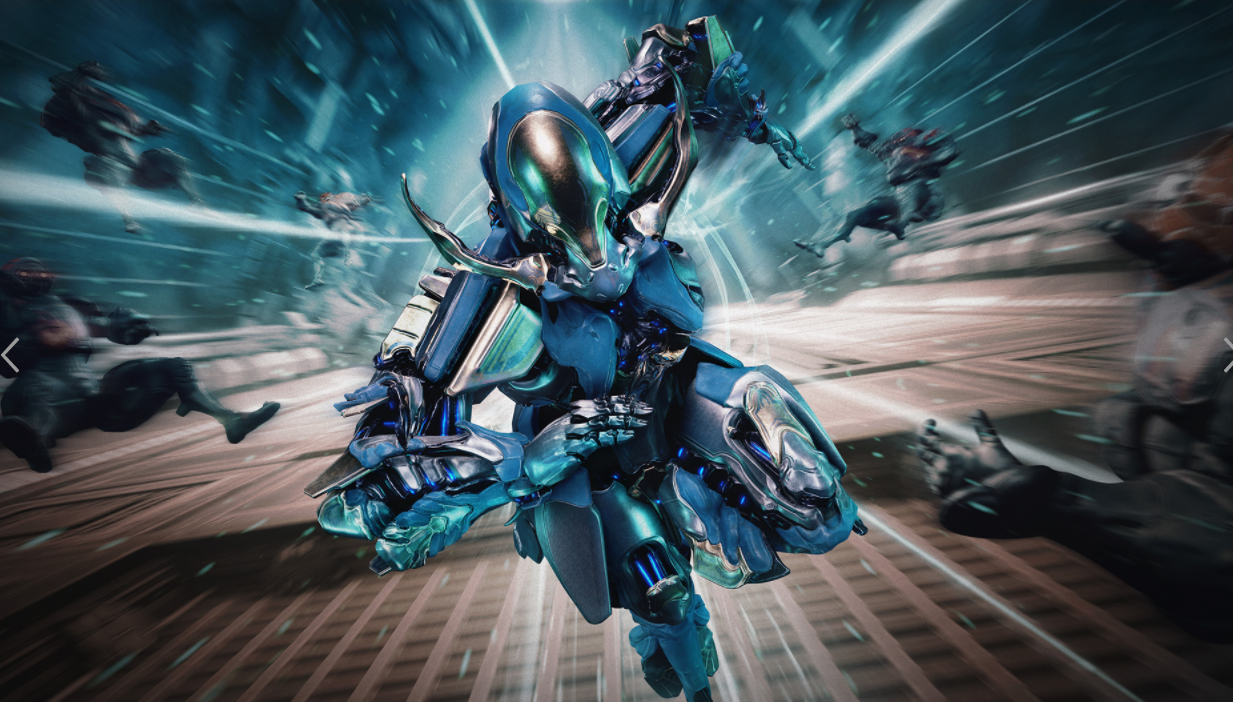 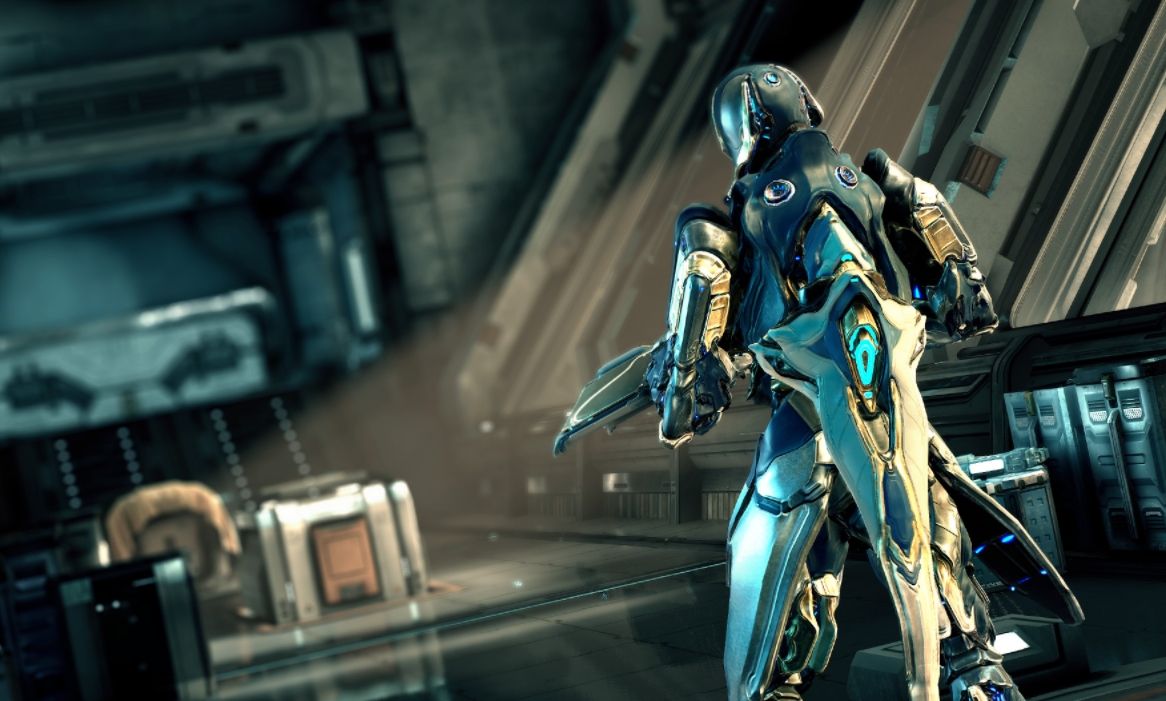 Hurry, Tenno, this offer is only available for Xbox Game Pass Ultimate subscribers for a limited time!

The time has come, Tenno. After meticulously investigating crime scenes, poring over clues and shattering glass across the Origin System, you’ve tracked the Glassmaker to a pivotal location. A place where the Glassmaker killed thousands, if not millions in an age long past.

More questions await as the latest victim you discover is Orokin, possibly someone who stood against Nihil in the past? Find clues to reveal where the Glassmaker is hiding and shatter his schemes once and for all, Tenno.

This will be the last chance to spend your Crystal Cred, so act quickly!

Mastery Rank 30 has arrived, along with a new True Master Test. It’s only available to a limited number of players right now, but all Tenno will be able to reach Mastery Rank 30 as we release more content.

When you complete your True Master Test and unlock Mastery Rank 30, you’ll receive:

Plus, a new set of Legendary Ranks for you to earn in the future! Keep ranking up your Arsenal and you’ll be taking the True Master Test before you know it.

On Naberus, beauty is banished. Rot and monstrosity hold sway. And Daughter couldn’t be more excited!

To get everyone in the Naberus spirit, she’ll be dressing up in costume and offering limited-time rewards in exchange for Mother Tokens through her special Naberus-themed store in the Necralisk. 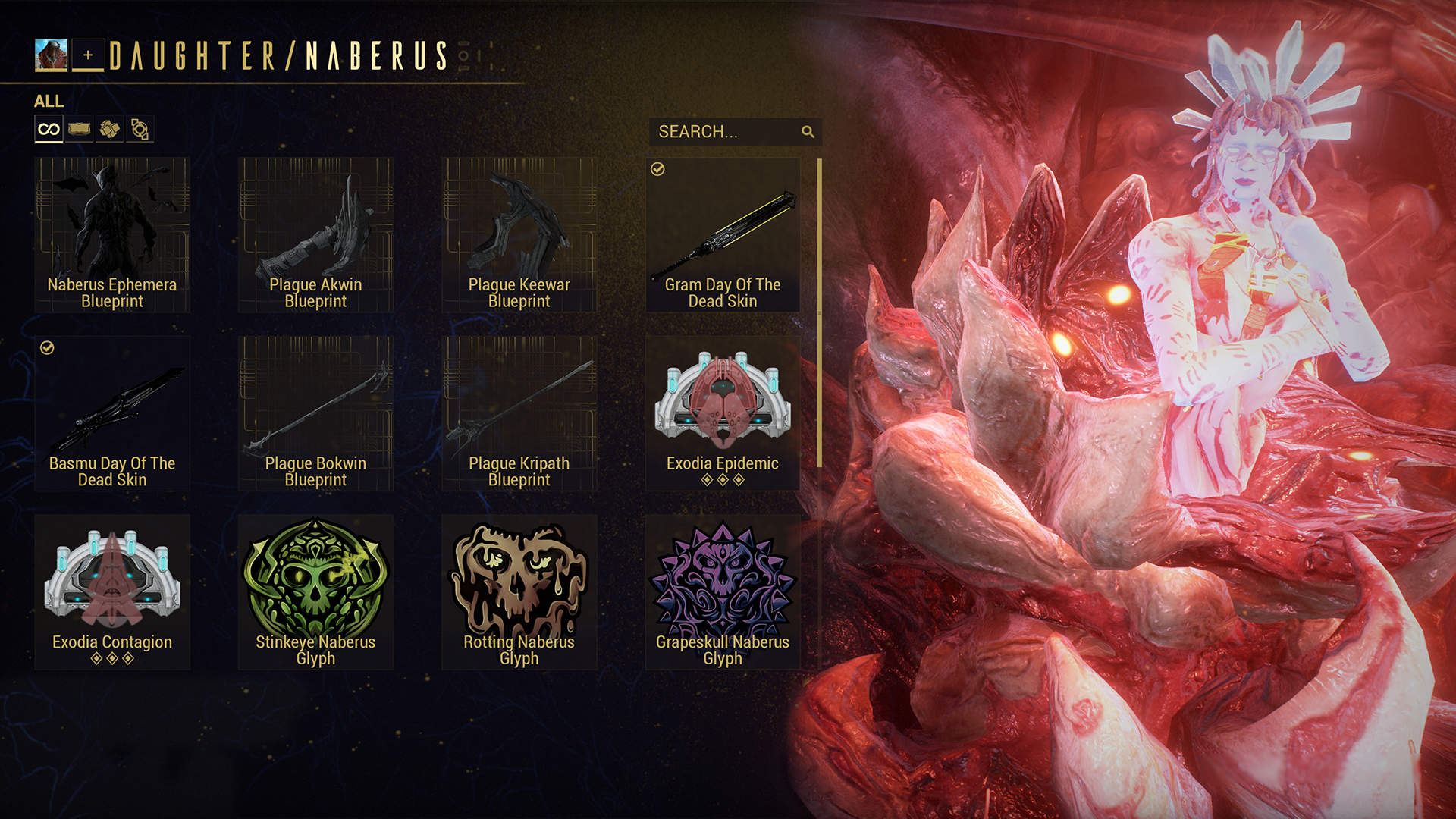 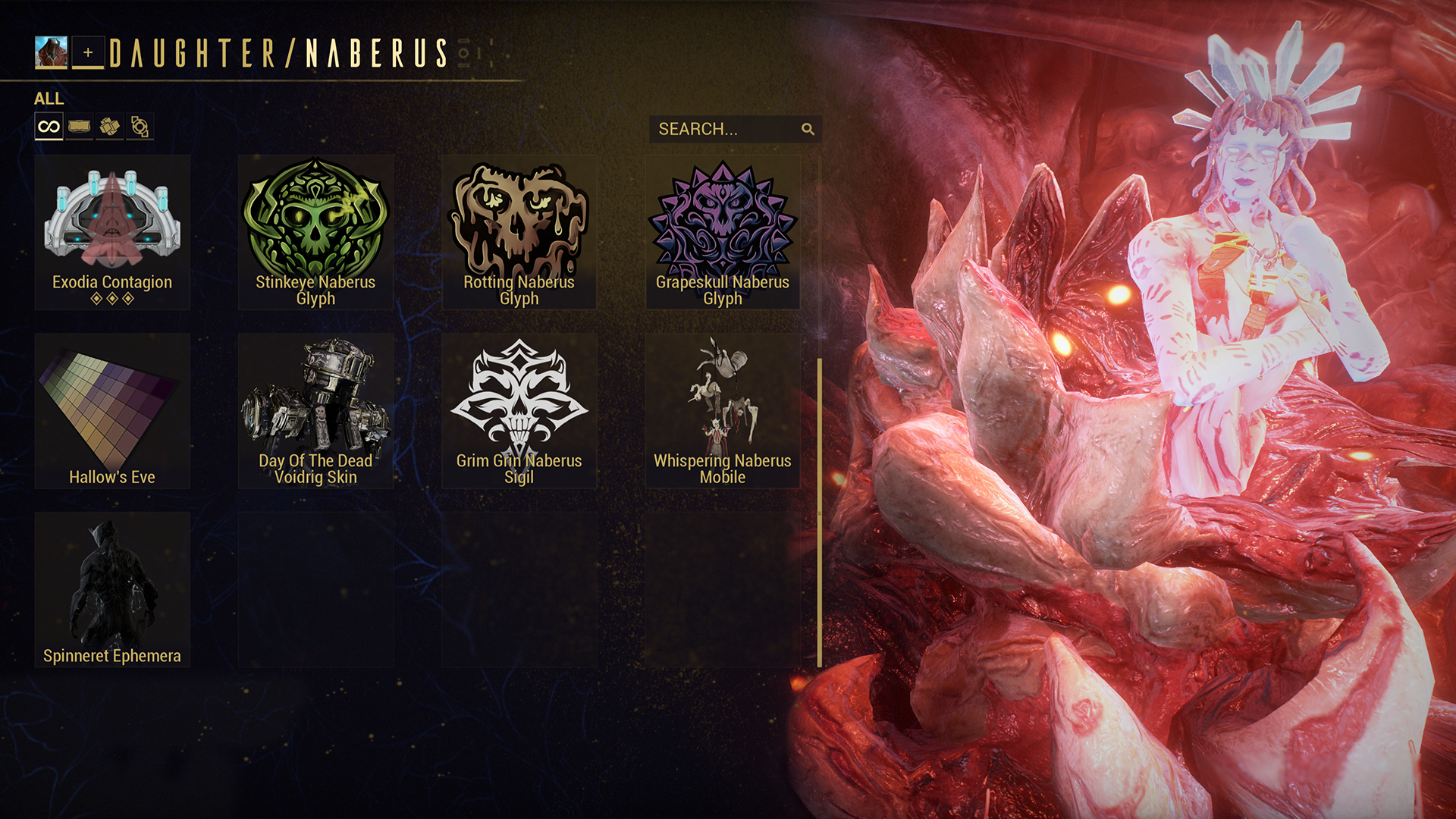 Get the bone-chilling Whispering Naberus Mobile and listen to a gruesome tale narrated by Grandmother in the comfort of your Orbiter, or enjoy an assortment of Glyphs, Emblems, Skins and Blueprints — all available in Daughter’s shop until November 9 at 2 p.m. ET!

Remastered lighting and textures, changes to Xaku and Helminth Railjack Resource costs, plus the Oscira Bundle and new Skins for your Mech and Velocipod!

The great ensmallening has begun on PS4 and Xbox One! We’ve taken the first steps in reducing the overall size of Warframe by remastering textures and lightmaps game-wide.Warframe will be re-downloaded automatically in its entirety (no need to delete first, or back-up your data), and you’ll find the total size afterwards has been significantly reduced :

For Tenno on Switch, please note that this update is not the start of the ensmallening as the Nintendo Switch compresses textures differently than the other consoles. We are working to overcome this and other technical hurdles for future Switch remasters!

With this update, Warframe’s total size on the Nintendo Switch is approximately ~25.1 GB. Prepare by making sure you have at least ~6.2 GB free on your Switch in order to accept the update! 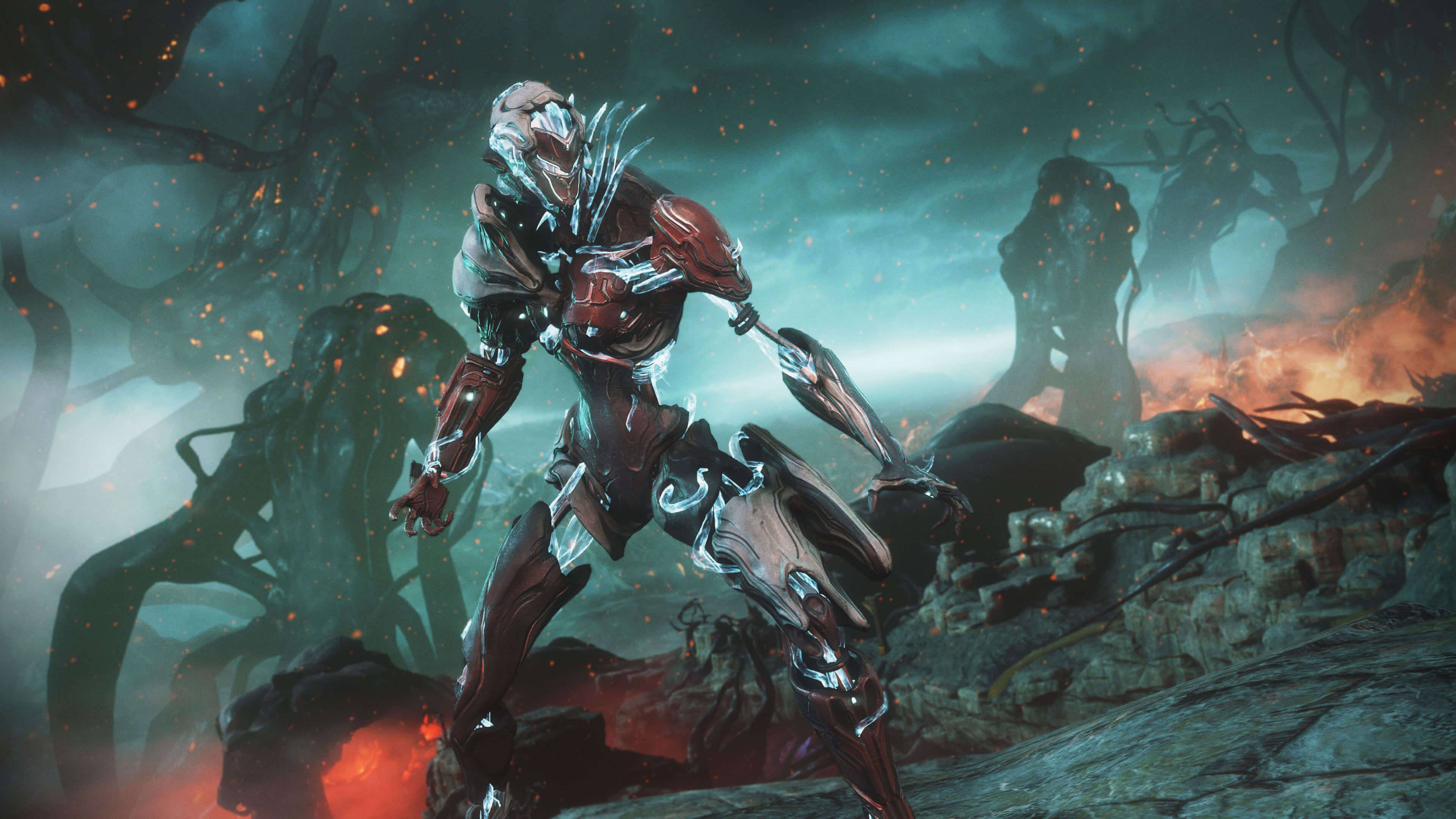 The once-broken warrior now deals neutrally effective Void damage with Xata’s Whisper, disarms their foes quicker with Grasp of Lohk, and inflicts increased damage with Deny. See all of the details in the Official Forums!

Railjack Resource costs required to yield Helminth Secretions have been reduced across the board! Additionally, Resources will be delivered to the Inboxes of players who own a Railjack and have a Helminth installed sometime after the update launches. Keep your eyes on the forums as we’ll be posting a PSA to let you know when to expect your Resource bundle!

Modernize your look with the high-tech style of the Oscira Bundle!

OSCIRA ARMOR
Subtle but striking colors and contours give a singular look to any Warframe.

OSCIRA SUGATRA
This Sugatra catches the eye with its pale blue lights and metallic surfaces.

OSCIRA BOW SKIN
An exotic and eye-catching Skin for the Bow.

OSCIRA LONGSWORD SKIN
Stand out from the pack with this black and red Longsword Skin.

Plus fresh skins for your Mech and Velocipod 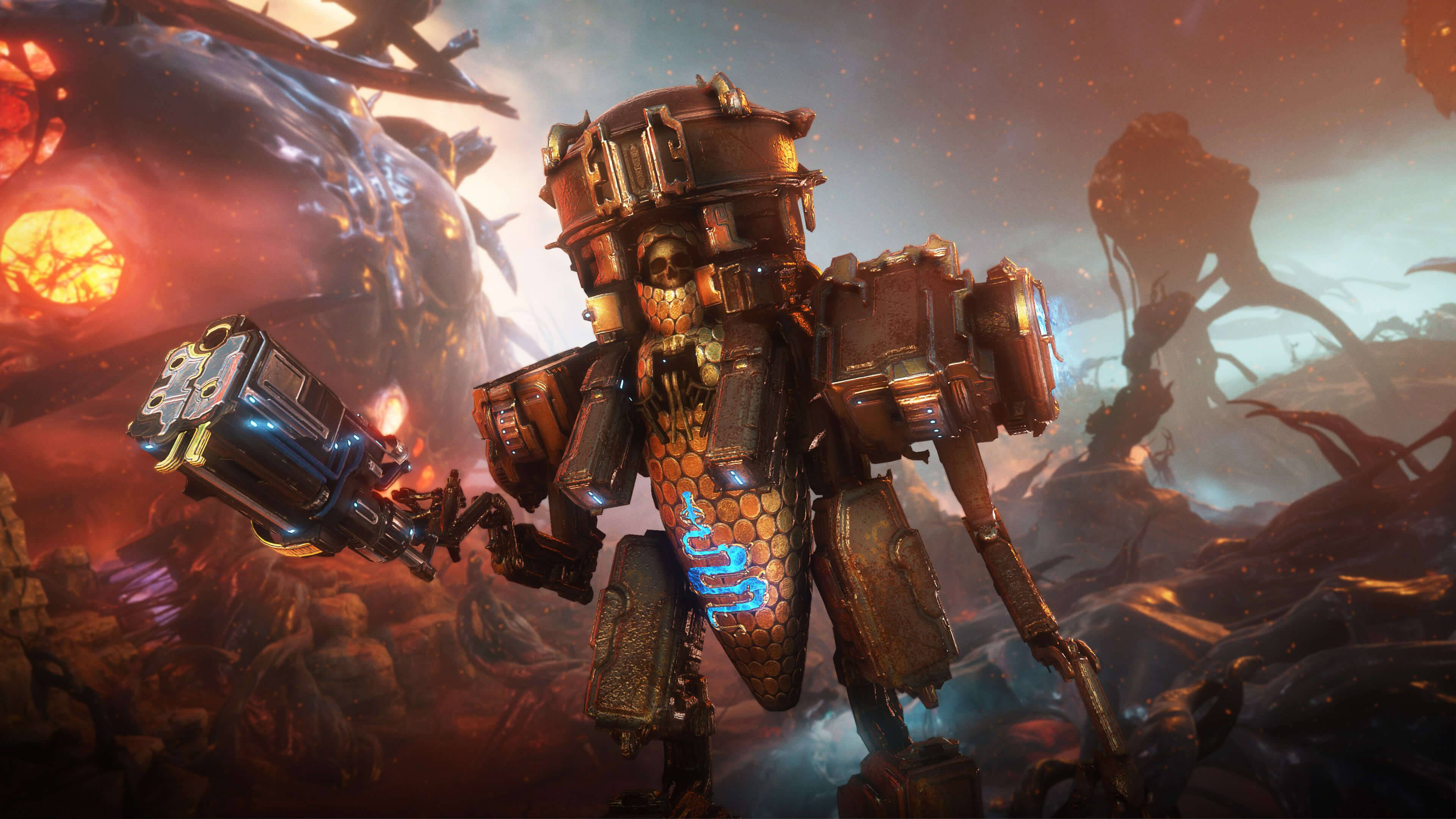 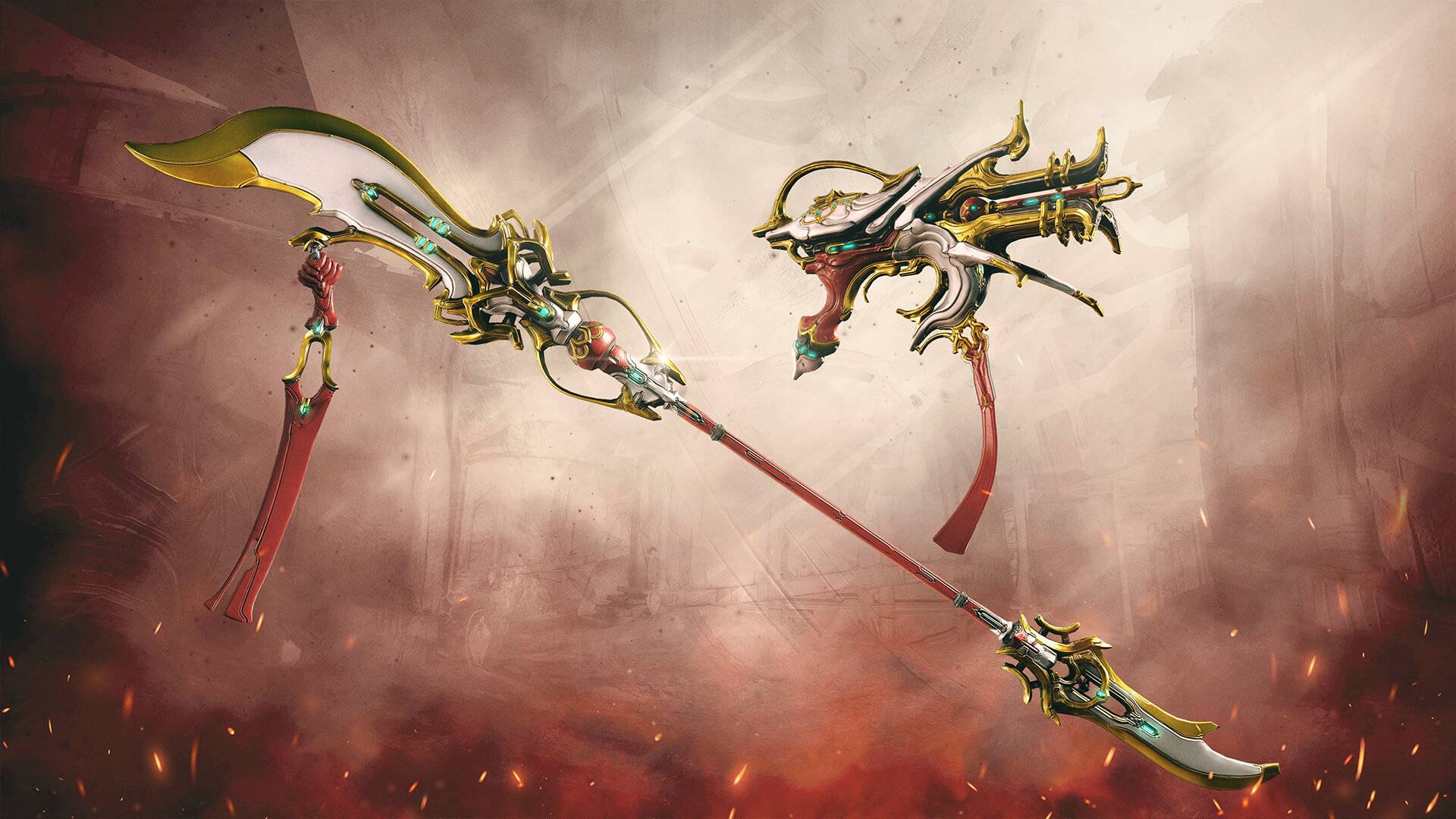 NEZHA PRIME
Behold: the Scion of the Burning Wind, donned in his most courtly accoutrements. Featuring altered mod polarities for greater customization.

GUANDAO PRIME
Engineered for the divine to reap a harvest of lives.

NEZHA PRIME GLYPHS
A show of devotion to Nezha Prime. 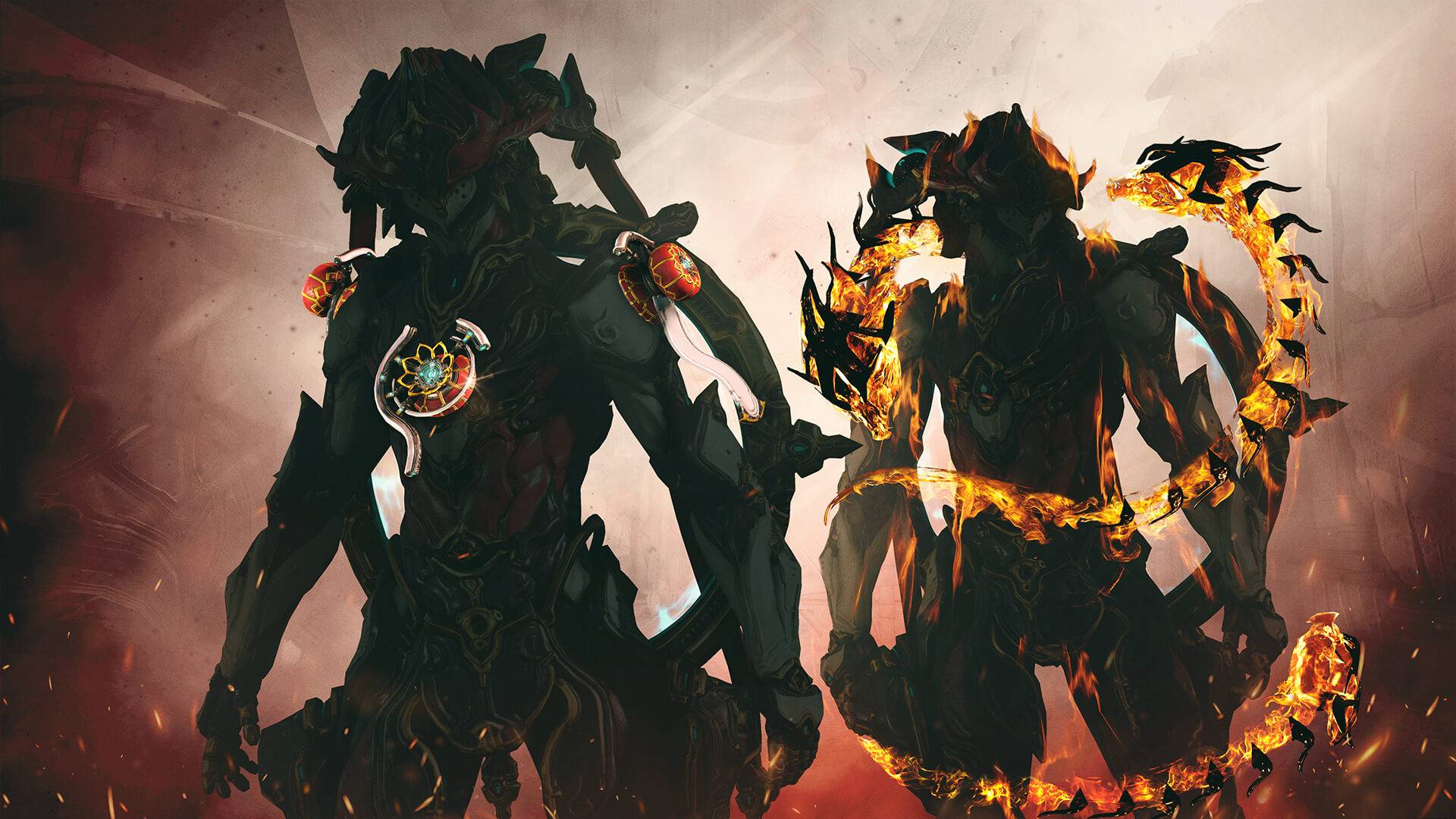 Nezha Prime Access begins October 27 in every region on all platforms.

Get these items instantly with Nezha Prime Access or earn Blueprints in-game for Nezha Prime, Guandao Prime and Zakti Prime!

Outfit your profile with the latest Prime Gaming Reward! Featuring a Necraloid Glyph, Emblem and Sigil, the Necraloid Pack adds some flair from the Entrati’s dedicated Cephalons to your Warframe!

Operation Scarlet Spear is coming this March, and it’s bringing a massive Lore Event that introduces ‘Squad Link’ – now known as ‘Operation Link’. Scarlet Spear will move the stakes of the world forward with a new cinematic. Prepare yourselves, Tenno. The Sentient threat is deploying forces that the Origin System has not seen since the Old War. It will be the first of Warframe’s many major Content expansions this year. But before we dive into the new Scarlet Spear’s launch we’re bringing some of the biggest revisions to Warframe to date. In this (extremely long) Workshop, we are covering a broad variety of topics that are all receiving focused Overhauls or ‘Quality of Life’ improvements.

We were originally going to ship the contents of this Workshop with Scarlet Spear, but have decoupled the changes so you would have time to experience the revisions. We are targeting a release early next week on PC. After we’ve iterated on the revisions, you’ll jump into the biggest Operation in Warframe’s history: Scarlet Spear. Here is your guide for navigating what matters to you in this 20 part Dev Workshop!

END_OF_DOCUMENT_TOKEN_TO_BE_REPLACED

This Hotfix is bringing in some behind the scenes goods to be revealed at a later date! We are still building for a bigger Update that will bring many Railjack changes and fixes, thank you!